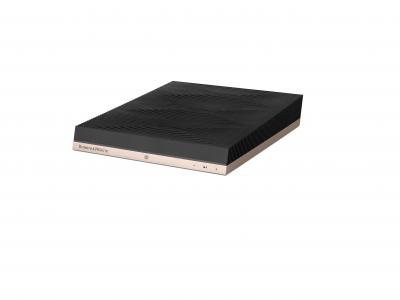 Local Shipping FREE
Once your order is ready to ship, you will be contacted to schedule the delivery.

The ultimate setup of a traditional Bowers & Wilkins sound system, for decades, has been
the defi nition of high-fi delity sound. Now, the uncompromising Bowers & Wilkins audio
heritage is married with 21st-century streaming convenience due to the new Formation
Audio. It fi nally enables high-quality wireless streaming to your existing passive system
or from existing passive components – CD player, turntable, or other pieces – to wireless
Formation speakers, anywhere in the home. Our analogue-to-digital converter ensures
there are no lag or breaks in sound, even between rooms, while 96/24-bit streaming
maintains legendary Bowers & Wilkins sound resolution. Just think – existing passive
sound system quality, now synced to stream anywhere, wirelessly. It is why Formation
by Bowers & Wilkins is the Highest Form of Sound™.